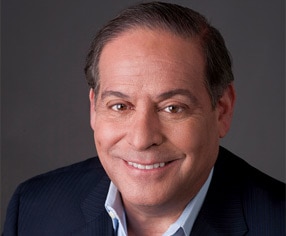 Leslie D. Michelson has served as the chairman and chief executive officer of Private Health Management, a retainer-based primary care medical practice management company since April 2007. Mr. Michelson served as vice chairman and chief executive officer of the Prostate Cancer Foundation, the world’s largest private source of prostate cancer research funding, from April 2002 until December 2006 and served on its Board of Directors from January 2002 until April 2013. Mr. Michelson served on the Board of Directors of Catellus Development Corp. (“Catellus”), from 1997 until 2004 when the company was sold to ProLogis. Mr. Michelson was a member of the Audit Committee of the Board of Directors, of Catellus for 5 years and served at various times as the chairman of the Audit Committee and the Compensation Committee. From April 2001 to April 2002, he was an investor in, and served as an advisor or director of, a portfolio of entrepreneurial healthcare, technology and real estate companies. From March 2000 to August 2001, he served as chief executive officer and as a director of Acurian, Inc., an Internet company that accelerates clinical trials for new prescription drugs. From 1999 to March 2000, Mr. Michelson served as an adviser of Saybrook Capital, LLC, an investment bank specializing in the real estate and health care industries. From June 1998 to February 1999, Mr. Michelson served as chairman and co-chief executive officer of Protocare, Inc., a manager of clinical trials for the pharmaceutical industry and disease management firm. From 1988 to 1998, he served as chairman and chief executive officer of Value Health Sciences, Inc., an applied health services research firm he co-founded. Mr. Michelson has been a director of Nastech Pharmaceutical Company Inc., a NASDAQ-traded biotechnology company focused on innovative drug delivery technology, from 2004 to 2008, of Highlands Acquisition Company, an AMEX-traded special purpose acquisition company, from 2007 to 2009, of G&L Realty Corp., a NYSE-traded medical office building REIT from 1995 to 2001, and of Landmark Imaging, a privately held diagnostic imaging and treatment company from 2007 to 2010. Also, since June 2004, he has served as a director of ALS-TDI, a philanthropy dedicated to curing Amyotrophic Lateral Sclerosis, commonly known as Lou Gehrig’s disease. Mr. Michelson has served as a member of the Board of Advisors for the UCLA Fielding School of Public Health since October 2013 and as a director of Druggability Technologies Holdings Ltd. since April 2013. In addition, he has served as founder and chief executive officer of Michelson on Medicine, LLC since January 2012.

Mr. Michelson received his B.A. from The Johns Hopkins University in 1973 and a J.D. from Yale Law School in 1976.

By continuing, you are leaving the current website and being redirected to Franklin Distributors, LLC (“FD, LLC”) website. FD, LLC is a FINRA registered broker-dealer and principal distributor for Franklin Templeton mutual funds and ETFs. Benefit Street Partners and FD, LLC are subsidiaries of Franklin Resources, Inc.
Confirm